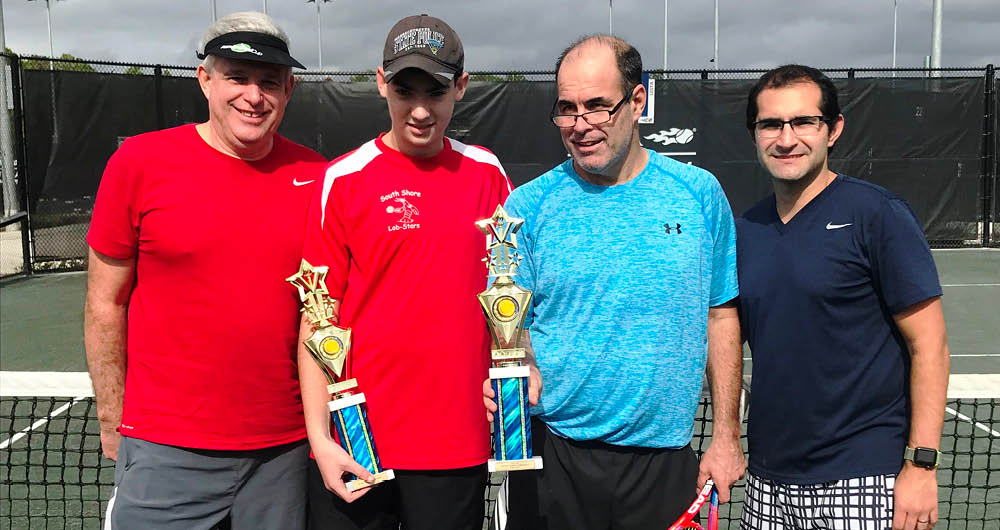 Jim Lawson, who was the Tournament Director for the qualifying New England tournament at the Emilson YMCA, is pleased that adaptive tennis and unified sports are getting the recognition it deserves. He was overjoyed when he found out he had the opportunity to play with his partner, 18-year-old Justin Daley, who has an intellectual developmental disability (I/DD).

“I’m glad that it is finally catching on,” Lawson said. “It gives a chance for both players to interact and compete on a level playing field. We hope that next year we even get a stronger show out for the regional tournament and time to prepare for this national tournament.”

Lawson and Daley went on to win their bracket on Sunday. Tennis pro Sebastian Quintero and Billy Harris, who also has an I/DD, secured third place in the top division in the finals.

After Quintero received the bronze trophy for placing third in the finals, he handed it to his friend Justin Daley.

“The adaptive players are ones that deserve the recognition,” said Lawson.

“It’s all about these talented athletes,” he added. “It’s not about the pros or their unified partners. We play so that these athletes can get the chance to show off their skill and just have fun.”

To learn more about adaptive tennis and the programs that USTA offers, click here.